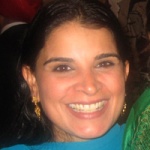 Meeta is a writer and the Managing Editor of the Sikh Love Stories Project. Meeta is committed to the literary arts and the power story-telling has to transform lives. Meeta has written several essays, op-eds, and articles for NPR, Sikh Chic, Asian Week, and Hyphen Magazine. As an online Hyphen Magazine blogger and Sikh Coalition advocate, she explores civil rights and community issues that impact Sikh Americans through essays. She was awarded the Hedgebrook Residency for fiction in 2006, and The Elizabeth George award for fiction in 2008. Meeta graduated with an MFA in creative writing from Mills College, and has lectured and tutored several students in literature, fiction and non-fiction writing. She looks forward to her next full-length book project and her role as a student to life. Meeta loves spending time with her family, cooking, swimming, traveling, and exploring her spirituality through writing, family, and community.

Jessi Kaur is the author of Dear Takuya, Letters of a Sikh boy, and The Royal Falcon, two highly acclaimed children’s books. She is the editor of Sikhpoint, (www.sikhpoint.com) , a Sikhcentric web magazine.

A theater aficionado Jessi produced The Royal Falcon Musical, a show that won accolades as the first ever Sikh musical of its kind.

She has traveled extensively to deliver workshops and seminars at conferences, Sikh youth camps and represented the Sikh tradition and culture in several interfaith and multicultural festivals including Parliament of World’s Religions in Barcelona and Melbourne, Smithsonian Folk Life festival in Washington DC. She is serving her second term as a Fine Arts Commissioner for the city of Cupertino, California.

Jessi has written for mainstream and ethnic magazines on a wide range of topics of contemporary and cultural interest. Her third children’s book The Enchanted Garden of Talwandi based on a childhood legend of Guru Nanak Sahib is coming out this year.

Jessi taught English Literature at a Delhi University college before moving to California where she has been a Human Resources Consultant and Management Trainer for high-tech companies in the Silicon Valley.
She is the founder of IGS NOW a non-profit spiritual organization that is committed to working in and towards global synergy, on the board of Kaur Foundation and the editorial board of Sikh Love Stories.

Her passionate commitment to sharing the universal teachings of the Sikh Gurus stems from her deep faith that when the barriers of ignorance are brought down world peace is possible. Jessi strongly believes that the journey begins within oneself.

Rupy Cheema Tut was born in Chandigarh, Punjab and immigrated to the United States when she was 11 years old. Rupy retains a strong connection to her Punjabi Sikh background and it continues to inspire and guide her artwork.

Rupy’s bi-cultural upbringing is naturally interwoven into her artwork. While completely assimilated to American life, she also kept the traditions and experiences of Punjab close to her. Whether it be the beauty of an old village door or the patterns of her grandmother’s dupatta, these lasting impressions manifest themselves in her artwork.

Rupy continues to pursue her passion for art while living in San Francisco Bay Area. Her current painting style is a mixture of contemporary and traditional with a strong influence from Indian Miniature Art and Bay Area Figurative Art.

She enjoys taking a few months every year to travel and find new inspirations around the world. She also enjoys drinking tea, singing boliyaan, reciting Punjabi poetry and any new experience that helps her become a more thoughtful artist. To see Rupy’s most recent work, visit her Facebook page at http://www.facebook.com/rupycheematut.

Dr. Sangeeta Luthra is a cultural anthropologist and educator. She has taught classes in cultural anthropology, gender studies, and cultural studies in public and private universities. Her primary research is on women’s empowerment, workplace literacy, micro-lending, and sustainable development with a special focus on non-governmental organizations in urban northern India. Her research interests are women’s development and empowerment, feminist theory, cultural politics of development, and most recently Sikhs in the diaspora. She has published her academic research in Oxford University Press and Stanford University Press. Her writing on diasporic Sikhs has been featured in SikhChic and Punjabi Beat Magazine. She is a member of the editorial board of The Sikh Love Stories Project.

In addition to teaching and research Sangeeta is an active volunteer. Since moving to the Bay Area in 2002, she has been an active volunteer and fundraiser in local South Asian cultural associations. She has been an advisor to the Kaur Foundation since 2010. From 2009-2011, Sangeeta served in her local PTA as Parent Education Chair in Los Altos, CA. In 2004 and 2012, she has organized voter registration drives for the Bay Area South Asian community.

Currently Sangeeta is teaching at Santa Clara University as an Adjunct faculty in the Anthropology Department. She lives in Los Altos, CA with her husband and two daughters.

Simran is Advocacy Manager for The Sikh Coalition, the nation’s largest Sikh civil rights organization. Prior to joining the Sikh Coalition, Simran managed a health program for Children’s Hospital Central California. Simran travels regularly for global health projects and has worked to improve access to health for immigrant and refugee communities. She is an active member of the Sikh community in California – volunteering with Jakara Movement, co-founding The Langar Hall – a progressive Sikh blog, is on the Editorial Board of the Sikh Love Stories Project and is a liaison for Saffron Press – an independent publishing house focused on multicultural literature. She is on the Board of Directors for The Women’s Building in San Francisco, a women-led community space that advocates self-determination, gender equality and social justice and has served as the Affirmative Action Officer on the Board of Directors for the American Civil Liberties Union (ACLU) of Northern California. Simran has been interviewed by NPR affiliate KQED, and has had several op-eds published related to Sikh civil rights issues. She obtained her undergraduate degree from the University of California, San Diego and her graduate degree from Boston University School of Public Health. 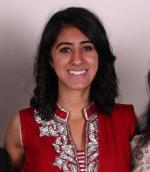 Tanveer is a second year Communication Studies major at UCLA, and was drawn to Sikh Love Stories’ emphasis on love and giving a voice to Sikh women. Being raised in an Indian family Tanveer learned to appreciate just how valuable this voice is. In the past, Jessi worked in various group projects where she served as class president for three years in high school. In this leadership position, she learned not only how to take initiative and lead groups but also how to be an effective group member. Tanveer has learned the value of respecting other people’s opinions and working together to achieve a common goal and has used these skill sets to help make the Project a success. Her general interest in this project continues to motivate her towards the best interest of the Project. Tanveer’s vision for this project is to successfully showcase the love created by Sikh women and to bring exposure to a project that has such positive goals. She has greatly enjoyed working with the Sikh Love Stories project.

We retain copyright on content found on this site. Please find out more information on our Copyright page.